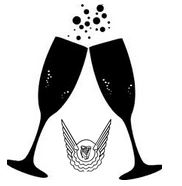 It was a wonderful evening with just almost 150 in attendance ranging from the class of 1958 to 2015.

The evening commenced with a Guinness, Oysters and Champagne Dumangin reception, followed by a wonderful menu of Salmon, Prawn and Crab Tian, Cream of Asparagus Soup, Fillet of Beef or Grilled Sea Bass and a stunning Chocolate and Orange Torte.

Bottles of Castello Banfi wines accompanied this feast and set everyone up nicely for the raffle where some amazing prizes were generously raffled and auctioned. and €5,000 was raised for St. Vincent de Paul – presentation below. 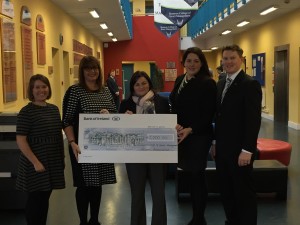 €750 was raised in a ‘Heads or Tails’ competition at the start of the evening with the proceeds of this going to the IRFU Charitable Trust.

Alumni Anniversary Lapel Pins were presented to those in attendance from the classes of 1975, 1995 and 2005.

Photos from the event also featured in Entertainmemt.ie and Evoke.ie.

The band had the floor full, followed by a DJ and a pianist who finished the night off perfectly as many headed off for breakfast before retiring (allegedly!).

Thank you to everyone who attended and supported – yet another successful Alumni Ball!!