The Alumni Ball 2022 took place in the Radisson Blu St. Helen’s, Dublin on October 15th. It was the first Alumni Ball since 2019 so there was huge interest and support and as Alumni Balls go, it was one of the best attended in a good few years and the atmosphere on the night was just buzzing!

The atmosphere on the night was fabulously captured by our professional photographer from Light Creatif . He has shared over 800 photos with us – all freely available for you to download >> HERE. There are really some special memories captured here – enjoy the memories!

Patrick Crawford (1996), our longest serving Alumni President finally got to hand over the Chain of Office to Eamonn Casey (2004). Eamonn decided to cut his speech short as there was a stampede for the dancefloor but I will share his thoughts and plans for his term of office with all alumni shortly. Thank you to Patrick for his continued drive over the 4 years and pushing for events to happen and especially travelling so far to attend them when they did!

Presentation to Dr Phillip Smyth to mark his Retirement 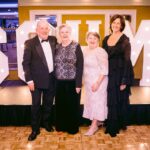 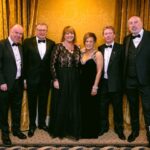 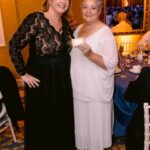 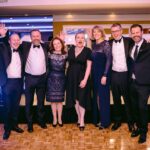 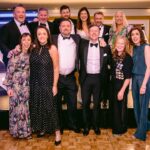 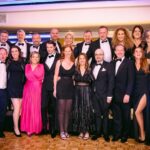 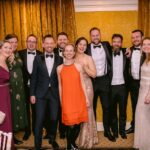 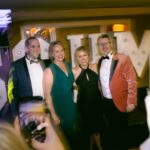 A big thank you to all who suggested songs for our Playlist for the night – I compiled all the songs into a Spotify playlist >> HERE. A fantastic range of songs from the Class of 1972 right up to the most recent graduates. 2 songs requested from many years that are not on Spotify and deserve an honourable mention are Maniac 2000 and Put ‘em under Pressure!

Our Sponsors generosity and support certainly was a huge factor in us all enjoying such a wonderful night – we are hugely grateful.

To all donors of our spotprizes – there are lots of happy winners from the night making plans now – thanks so much for your support! 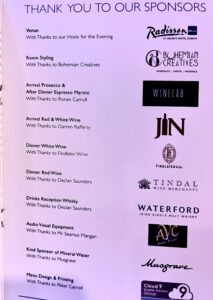 Finally – the night would not have happened without the immense work put in by the committee:

You did all of this in addition to your real world commitments – thank you so much. 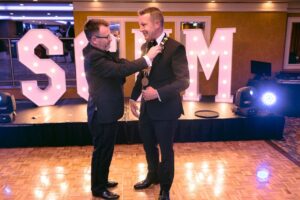 Click the image below for full gallery of photos from the night from our professional photographer. 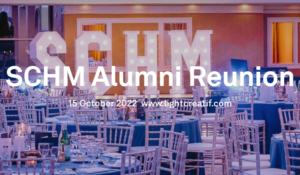