The Annual Alumni Reunion took place on November 3rd 2012 in Druids Glen Hotel & Resort. There were 130 in attendance on the night – with graduates ranging from 1960 up to 2012. If you have any photos you would like to share, please let me know as I only have a couple from the night… 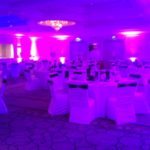 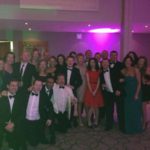 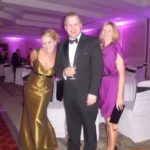 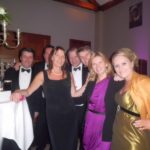 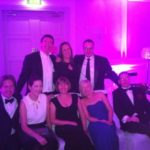 The weekend began with a Golf Competition – almost 30 golfers braved the elements on Saturday morning. The winners were from the Class of 2002:

With the Golf out of the way – it was time to get ready for the main event.

The pre-dinner Drink Reception was very kindly sponsored by Bookassist who were represented on the night by Kieran Fives (2003). The champagne was flowing freely and everyone was in very high spirits when they the call for Dinner was made!

The Gala Dinner was exemplary and got a rare seal of approval from Michael Vaughan – the former  Chef Instructor from SCHM.  Classic Drinks were very generous in their sponsorship of the red and white wine served for the meal, and our thanks to Philip Sweeney (1996) and all at Classic Drinks for this important part of any SCHM night!

After the meal we had a couple of speeches followed by an auction and raffle for some wonderful prizes. The band kicked off and some impressive moves were visible on the dance floor right up to the last song!

The committee put in tireless work in advance of the event and big thanks go to them: