Approximately 40 Alumni from as far back as 1962 gathered and enjoyed Prosecco provided by the great Henry Anderson (Bacchus Vinos) and finger food by the Gibson Hotel.

Kate O’ Connell who represented the college gave an update on all the goings on and hot off the press that day was the formal signing by the Minister of Education for the amalgamation of Shannon and NUI Galway. Words of congratulations were also passed to Philip Smyth on his recent Honorary Doctorate from NUI Galway.

Details were announced of the Shannon Alumni Gala Ball on Saturday 10th October at the Gibson Hotel with a super night promised by the committee and special accommodation rates available. Please book tickets via Tracy at the college and room at the Gibson direct. 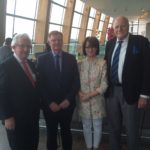 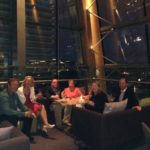 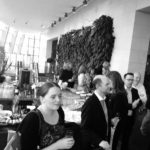 All in attendance said they were definitely gathering a table for what will be a great and late night!