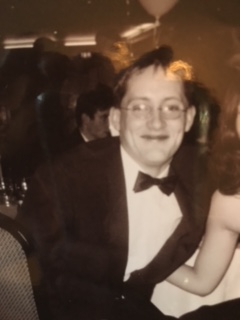 It was with deep shock and sadness that we heard tonight of the passing of a very young member of the Shannon Family. Declan Sharkey from the Class of 2004 passed away yesterday, May 13th 2018.

Our thoughts are with Declan’s family, friends and classmates at this terrible time. Funeral details are available on RIP.ie. 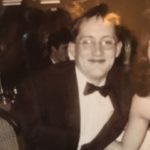 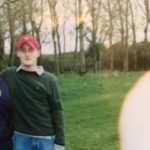 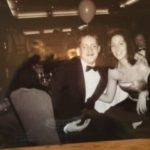 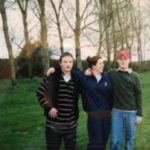 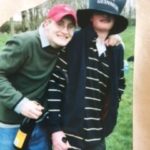 “After the interview phase, I was convinced that I would not be accepted by Shannon. The students and faculty that I had met seemed to inhabit a different world than I did. Whilst not shy, everyone I met seemed far more self-assured and confident with more life experience.

Declan was the very first person I met at Shannon. I was sitting on my own in the restaurant at the airport. He walked over and asked to join my table. It was the first conversation I had at Shannon without any pressure to impress or have to employ any pretense or false bravado . He was a great conversationalist and spoke about his summer in Carolina in the US, his previous university experience reading arts. Simply through sharing stories and observations about our new environment, It somehow gave me the confidence I needed to get through the first day at Shannon, which I will always be grateful for.

Regardless of to whom he spoke, he always seemed interested in the learning about people’s lives, putting those in his presence at ease. When I remember him, I will always see him best as a great listener, of quick wit, great intelligence and having a great deal of respect for those around him, regardless of race or background.  I am sure my fellow alumni will mention the same. We each had our own personal relationship with Declan and we were all made the better for it.“

“Declan was a very sound and very much comfortable in his own skin. He was never in a rush and took life in his stride.

My first memory of Declan was when we met as a class group on the first day and we were asked to give a brief background and say what we did last summer. I remember that Declan told the group he backpacked around the USA by himself and that he had also done this when he was 17, I think he said. Declan seemed to be bright and fearless and had no problem going it alone at all.

One of the funny stories with Declan which comes to mind is from French class. We were asked to summarise our last weekend in French in the following Monday morning French class. One by one we would recount a very similar weekend in Drumgeely in our best French. Declan seemed to take umbrage at this intrusive request into his free time and so decided to give a more tongue-in-cheek detailed account of his weekend. His summary sounded more like a match commentary tuned in to very typical weekend which went on like;  “..then I had a tea, then I watched some television, then I had a walk and then I brushed my teeth. On Saturday morning I had a sleep in and then I got dressed, then I had breakfast, and then went for a walk, then I had a tea… ”.

I seem to remember the whole class laughing out loud at his step-by-step Drumgeely weekend being narrated through French like a parody!

I was based in Switzerland and did the Degree course so my time with Declan was limited, unfortunately. I always enjoyed chatting to Declan as a fellow Galwayman, and a very calm and relaxed class mate who didn’t worry too much about the small things. I admired the way he never took anything too serious, the way he was always was his own man and finally he always stuck up for things he believed in.

I think Declan was very individual and he focused on getting his education and but was far happier in the working world where he could find his own way, take charge and make his own decisions.