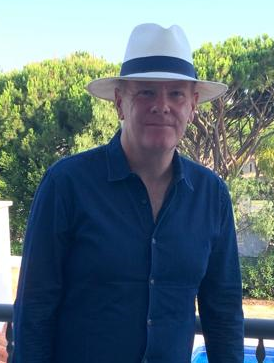 Such terribly sad news last week when we heard of the passing of Richard O’Sullivan. The stories and memories shared by his classmates and all who knew him are testament to the wonderful man that he was and what a void he leaves behind.

Our thoughts are with Richard’s wife Ciara Heslin (1995), his daughters, family, friends and classmates.

May Richard Rest in Peace.

Taken from the Irish Times

Prominent hotelier and the former co-owner of the Travelodge group in Ireland, Richard O’Sullivan, has died. He passed away in Beaumont hospital on Thursday morning following a long illness. He was aged 56.

Mr O’Sullivan graduated from Shannon College of Hotel Management in 1987 and was soon hired by the Jurys group, where he worked in a variety of senior finance roles. He later qualified as an accountant and became a fellow of the Chartered Institute of Management Accountants in the 1990s.

He worked across the Jurys Doyle hotel group for many years before leaving the company for a period, during which he worked as finance director of the Clontarf Castle hotel. He rejoined Jurys in 2001 as the group’s top management accountant and financial controller.

In 2004, Mr O’Sullivan teamed up with fellow Jurys executive and Shannon graduate, Seamus McGowan, to buy eight budget Travelodge hotels for €22.5 million from the group’s private equity owner, Permira. The duo fine tuned the brand’s low price model that proved popular in the Irish market, famously laying down a cost-conscious marker by locating their management office in an unused part of a corridor of one of the hotels.

The deal proved successful for Mr O’Sullivan and his business partners. In 2016 they sold the Travelodge business, which they had by then grown to 12 hotels, to the Goldman Sachs-backed Tifco group for almost double their initial outlay.

Alumni network
Mr O’Sullivan was an active member of the alumni network of Shannon, while he was also involved with the US-Ireland Alliance networking group, supporting its Oscar Wilde Awards which this year honoured actors Kenneth Branagh and Jamie Dornan.

Mr O’Sullivan was highly regarded by his many peers in the hotel industry. “He was a wonderful guy. I knew him for 30 years and he will be sadly missed,” said former Jurys chief executive Pat McCann, who hired him for the group.

Mr O’Sullivan is survived by his wife, Ciara Heslin, and their three daughters. His father, the former chief executive of the Turf Club, Cahir O’Sullivan, died in December.