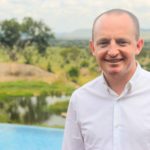 I have been working with Four Seasons Hotels and Resorts for 16 years plus. In addition to the skills listed, I can advise on Managing in Different Cultures / Leading a Team.

I have worked in London, The Maldives, Hawaii, Langkawi Malaysia and I returned back to The Maldives in December 2010 before relocating to Tanzania in September 2014.

I held numerous roles in Front Office, Housekeeping and Rooms Division. In October 2012, I took on the role of Resort Manager in The Maldives and moved to the Serengeti in September 2014 as Lodge Manager.

In January 2016, I was promoted to the role of General Manager. I enjoy working in remote settings and learning more about the many fascinating cultures around the world.