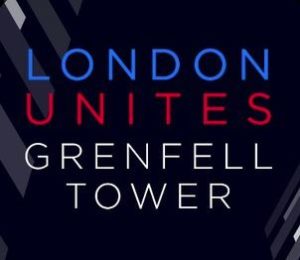 A total of £104,000 was raised last night at a charity dinner at the Novotel London West in aid of those displaced by the Grenfell Tower fire.

The event was organised by London United For Grenfell Tower and supported by the West London Hotel Managers Association. Ticket sales for the dinner were boosted by a silent and live auction.

The 24-storey Grenfell Tower in Kensington was destroyed by fire in the early hours of 14 June. It is believed that at least 79 people died in the blaze, with many more losing their homes.

The event received the backing of the Kensington Chamber of Commerce and the W1 Hotels Association.

Edward Bracken (Class of 1992), GM at the Crowne Plaza’s London Kensington Hotel and one of the organisers, said: We had a very humbling evening with huge support from so many people. The fact that we managed to organise this event in three weeks is an incredible testament to all who gave their time for free. I’m very proud to be part of the hospitality industry.”