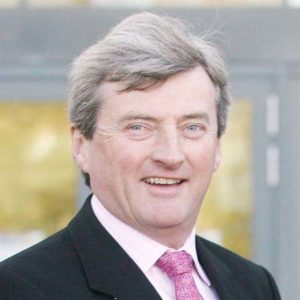 Ralph Parkes is an entrepreneur with a 35 year track record of wealth creation, building businesses across hospitality, retail, property development, construction and private equity. He is currently focused on the management of the Parkes Family Office, which has extensive business interests in Ireland, the UK and Europe, and on Fine Wines, an independent business he established in 1991.

Always focused on business opportunities that advances in technology create, he is a founding investor and former Director of Kernel Capital (2001-2009). He has held private equity co-investments with industry leaders, venture capitalists and institutional investors. In partnership with leading Irish and UK retailers he has led retail developments in excess of €300m.

With a career ethos of lifelong learning, Ralph is a current participant on the Institute of Directors Chartered Directors Program 2016. Ralph is an advocate of community involvement and in 2014 he was appointed Chairman of the Leadership Council of the Special Olympics Games, Ireland. He has been a member of the UL Foundation since 2010 and was honoured as the 2008 Community Foundation of Ireland Philanthropist of the year.

Ralph an avid supporter of Munster Rugby, lives in Limerick with his wife Maureen, they have three adult children.