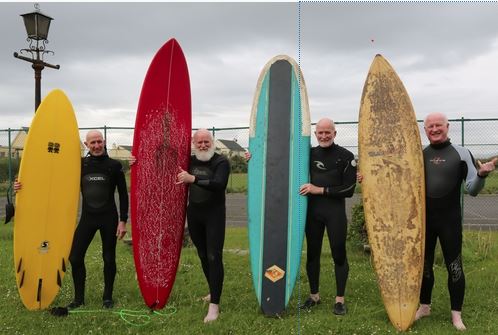 The Class of 1976 were shocked to hear of the sudden passing of Conor Britton in March 2020.

Many hospitality staff throughout the county will remember the Rossnowlagh man fondly as “the person in charge” of the Cert Hotel School which took place every Winter in Bundoran’s Great Northern Hotel. 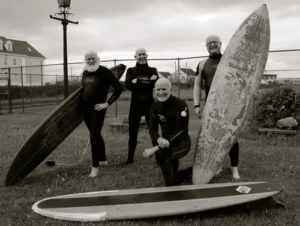 He also worked in a managerial position in the Sandhouse Hotel before eventually establishing his own restaurant, Smuggler’s Creek overlooking the beach in Rossnowlagh.  Smuggler’s became one of the most acclaimed restaurants in the North West under his watch and was known for its great selection of fresh seafood and an extensive and carefully chosen wine list.

With his brothers, Conor was one of the well known ‘Beach Boys’ who pioneered surfing in the early days and established Donegal and the North West as one of the top surf destinations in the country. RTE Radio broadcast ‘The Beach Boys of Rossnowlagh‘ in 2014. It is a great story of 4 of the Britton brothers who started surfing in Donegal back in the 1960’s – you can listen to it >> here.

Conor’s passing has left a great void and our thoughts are with his family, friends and classmates at this very difficult time.

May Conor Rest in Peace.