These headlines date back to Summer 1965.

At the Graduation ceremony in 1965, Shannon College Director, Jorgen Blum announced the controversial decision not to accept girls for future courses based on:

He is quoted as saying:

“It will also help greatly to maximise the output of trained management personnel and minimise the loss of time in training students who will never reach the management standard. In the long run we feel confident that the results will be to the benefit of the Irish hotel industry, bearing in mind that there is greater demand for male executives.”

It was stated that of a 21% wastage of students who gained their diploma, 17% were girls.  When asked about the decision, Mr Blum said that:

“… apart from those who marry, many become air hostesses.”

Click on the headline below for a selection of press clippings from the time. 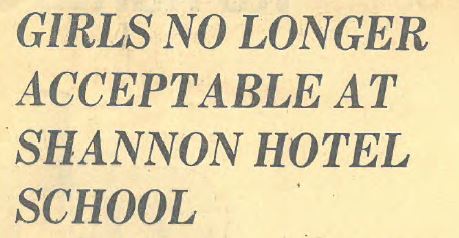 The decision was widely described as a retrograde step by Bord Failte, CERT and everyone connected with the tourist industry. 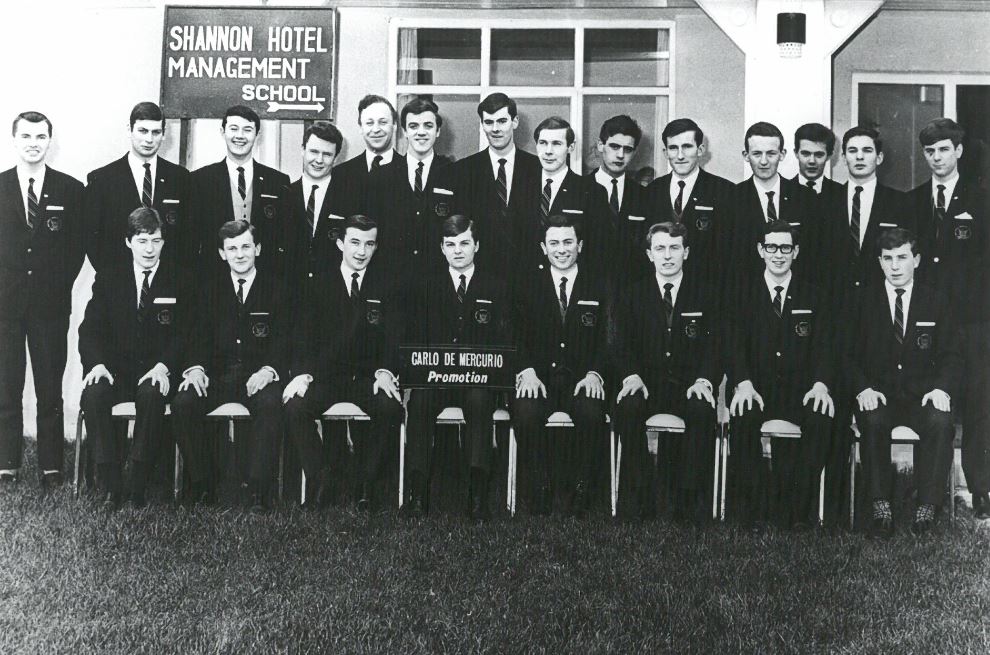