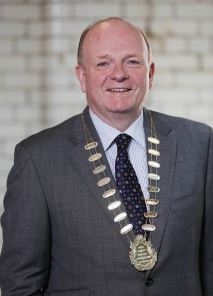 Paul is Managing Director of the Guinness Storehouse, Ireland’s largest visitor attraction which welcomed over 1.1 million visitors last year. Paul graduated from Shannon College in 1980 and is the current Patron for the Year 2 class.

Speaking at the Confederation’s AGM, where he was elected Chairman for a two year term, Paul said he was confident that the current year would provide further growth on the modest recovery which was experienced in 2012.

“While overall numbers last year were flat it was encouraging to see growth of 4% in pure holidaymakers and 10% in business visitors, the two most important segments from an economic impact perspective,” he said.

“The industry is confident that we will build on that performance this year”, he went on, “and growth from North America will be robust, most likely reaching double digits, recording the best year ever from that market. lt is evident that The Gathering has made a significant impact on intention to travel, particularly in the US and Canadian markets”

We would like to wish Paul every success in his challenging term of office.

CLICK HERE <<  for the Press Release and details of what Paul had to say on taking up office.