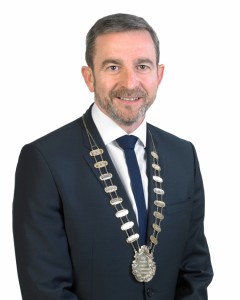 Paul Gallagher was recently elected Chairman of Irish Tourist Industry Confederation (ITIC) for a 2 year term. Paul is the former President of the Irish Hotels Federation and General Manager of Buswells Hotel. Paul graduated from Shannon College in 1987.

Paul  says that while Irish tourism is in a good place, there is no room for complacency. He believes that this year will finally exceed the previous peak performance achieved in 2007, of 7.7 million visitors spending €4 billion.

He added, “Although there will be significant differences in the make-up of our visitors this year compared to 2007. Continental Europe has become Irish tourism’s largest revenue source (€1.3B), followed by North America (€935M) which overtook Britain (€885M) for the first time in 2014. That trend will become more pronounced in 2015.”

Paul also said while Irish tourism was in a good place, there was no room for complacency. He urged the Government to recognize the benefits that tourism gives, especially in employment, and to fully invest in the new Tourism Policy.

“Ten million visitors spending €5 billion annually by 2025 is all very well and good but it won’t happen unless the correct strategy is quickly developed. It is probable now that we are nearer to the start of the next recession than we are to the start of the last, so there is no time to be lost.

“A total programme of €250 million would be small change when compared to the Government’s commitments to agriculture, food and FDI, and the payback in jobs would be fast and substantial,” he concluded.

Click on the image below to hear his thoughts for the next two years in office: