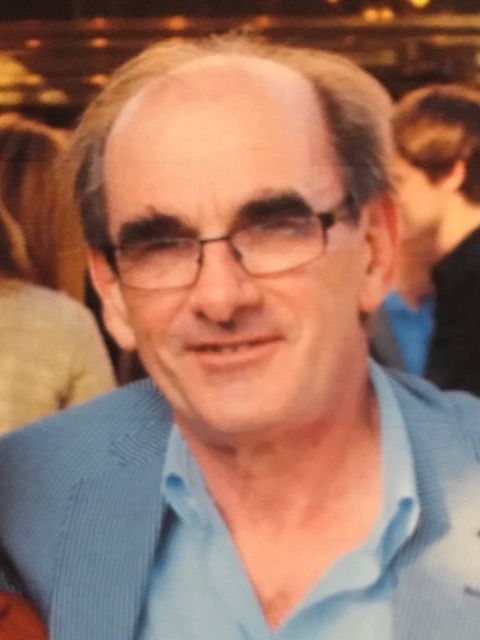 David Wilkinson contacted me on November 29th with the very sad news that the Class of 1975 has lost another dear classmate. Jeremy Hutchinson had passed away in the early hours with his dear wife Janet by his side.

Jeremy is fondly remembered by so many in the hospitality industry – most recently having been Dean in Les Roches, Switzerland.

David Wilkinson remembers his classmate and friend as follows:

“I first met Jeremy in 1970 when we started in Shannon, and in second year had the privilege of sharing a room with him for sixteen months in Basel, where we worked at the Bahnhofbuffet SBB.

Jeremy was a Corkman at heart which I quickly found out with the obligatory Rory Gallagher (Taste) tracks played at full volume (Going to my home town, and Bullfrog Blues being two that are indelibly imprinted in my head !) We worked hard, but enjoyed the beauty of Switzerland by sharing a car together, visiting our friends in Zurich, Geneva and Lausanne.

In 1973 we drove down to Monaco and watched the Grand Prix, a great adventure back then, especially on a Shannon budget.

After graduation we went our separate ways, until we caught up again in London before starting many of our visits to Bluches in 2004 where Jeremy was Dean at Les Roches We loved visiting Jeremy and Janet in Switzerland, and later in their lovely house in Louisburgh where we visited every year, except , very sadly, this year.

I will remember Jeremy as a kind, amusing, calm and generous friend, with a terrific sense of humour expressed in his soft Cork tones.

He will be greatly missed.”

Our thoughts are with Janet, his family and many friends and classmates. Whilst we can’t be there in person for Jeremy’s family, we can sign the Condolence Book on this RIP.ie link

May Jeremy Rest in Peace.