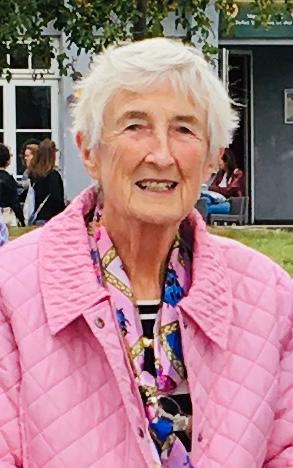 For almost a half a century, Ann successfully ran and managed the Pontoon Bridge Hotel, Co. Mayo with her family, turning the hotel from a small lakeside fishing facility into a 58-bedroom wedding venue and leisure destination.  She retired from the hotel business in 2011.

Over her lifetime, she pioneered local tourism in Mayo and the West of Ireland and promoted angling. She was Chairperson of Ireland West Tourism in the 1980s, and was appointed to the Board of Bord Failte in 1988 and served a five-year term.

She subsequently served as a board member of the North Western Regional Fisheries Board.

She served as the National President of Skal (the International Tourism Fellowship) in the 90s and was a member of the first board of the Western Development Commission.

Ann regularly returned to Shannon College and assisted on many interview panels over the years.

Our thoughts are with her family, friends and classmates at this time. Details and Condolence Book are available on RIP.ie

May Ann Rest in Peace.