The USA Mid-Atlantic Chapter finally had a get together enjoying some pint of Guinness in true Shannon form at the Dupont Circle Hotel.

They followed pints by attending the Irish Network DC 10th Anniversary celebrations where Irish Ambassador Dan Mulhall was guest of honor and made some lovely remarks about the Irish in America. 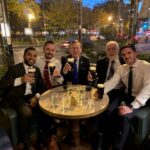 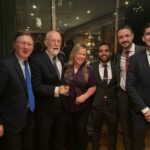 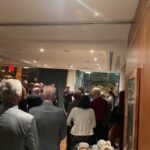