UAE Chapter Get Together 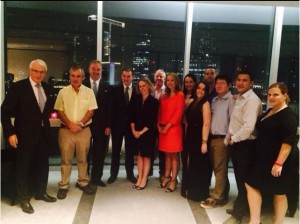 On Thursday September 25th there was a get together of alumni based in UAE.

Frauke Reintjes (2012) organised the event which was very generously hosted by Gerald Lawless in Jumeirah Emirates Towers and his hospitality was so good that I think only 2 photos were taken on the night!!

A number of alumni have recently moved to UAE so this was an ideal opportunity for them to network.

Patrick Kennedy (2012) who works with Jumeirah in London deserves a special mention for attending this event and also the Alumni Ball less than 2 weeks later in London!

Thank you Frauke for organising – I think these will become a regular event now as this one went so well. 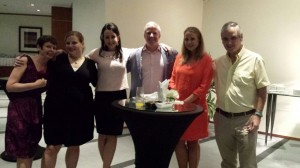