SCHM Mid Atlantic USA Alumni had their first get together at the Boundary Stone DC Public House, Washington DC on February 19th 2013.  The event was hosted by Bill Croke (1973).

There was a great turnout for an inaugural event – 10 Alumni attended including 3 x Year 4 Placement students.. Those there on the night were Bill Croke, Frank Cassidy and James Enright (1973), Andrew Welch (1982), Kathleen O’Connor (2002), Laura Nolan and Niamh Tallon (2012) and Shane Caldwell, Mairead Hallahan and Heikki McEvoy (2013)

The evening was a great success where stories from the classes of ’73/’82/’02/’12 to the current class of  ’13 were recounted with a few pints of Guinness as is the Shannon Custom. The tradition must continue…….!

The placement students were congratulated as they were all returning to Graduate in March and will return as Alumni.
Everybody thanked Bill Croke for providing wonderful F&B and hospitality.

The next event planned for May 2013 – details to follow.

Pictured below are some photos from the night as well as a photo from a dinner held in January when Phillip Smyth and Sean T. Ruane visited Washington D.C. from SCHM to conduct Viva Voce interviews with Year 4 Placement students. 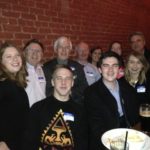 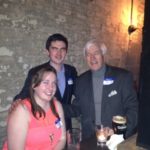 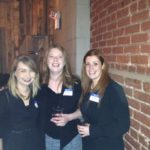 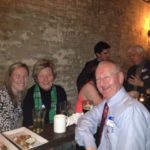 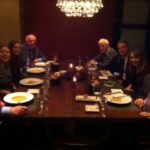 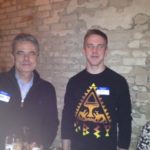