A great day was had by all at the The Presidents Annual Golf Outing, incorporating the Presidents Cup, on August 18th 2014. 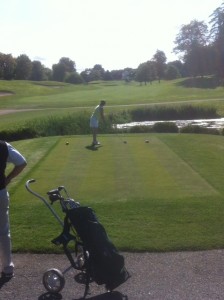 We only managed to entice 10 golfers to the magnificent Druids Glen Golf Course where some phenomenal golf was played. Team Captains Noel Hawkes (ROW) and Maurice Bergin (Home) played a tight match accompanied by the delightful Nancy Hawkes – whilst Maurice got the better of Noël on the front nine Noel came back and won the back nine and the mini competition between the captains. However, due to a fabulous performance by the Home team the overall President s Cup went to the Home team.

After enjoying a post-match beverage courtesy of Edward Stephenson all retired to the hotel for the evening barbecue where we were joined by a few more graduates for our evening barbecue ………….. Wine flowed freely, courtesy of Henry Anderson and Bacchus Wines, and before the meal the golf prizes were presented by the President.

Our thanks for golf prizes go to Colm Hannon of Luttrelstown, Philip Sweeney of Classic Drinks, Nicky Logue of the Gibson, Patrick Hanley of Sheen Falls, Paul Carty of Guinness Storehouse and Greg Savage of Height for Hire. 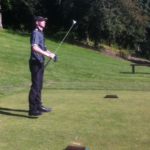 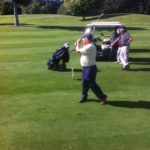 Austin does it in style 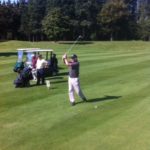 Eh! The ball seems to have been left behind – what are they all looking for 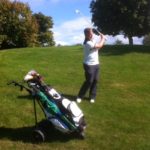 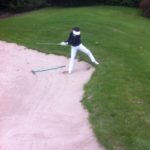 Nancy Hawkes dealing with a Bunker 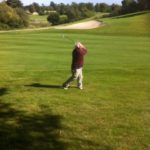 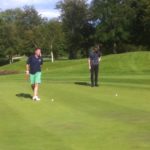 Shane & Brian lining up their putts 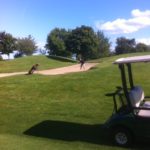 Is that Shane in a bunker 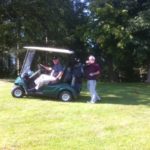 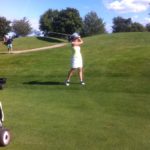 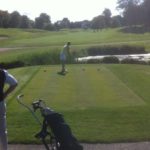 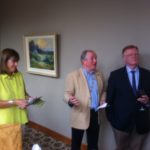 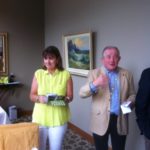 Who’s yer man with the chain 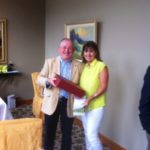 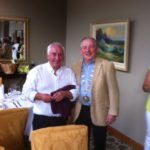 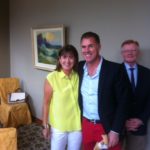 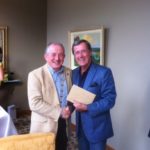 We all then enjoyed a great buffet and whilst our numbers were small there was a great buzz and chat and business cards were seen to exchange hands – hopefully some good contacts were made.

Once again I would like to thank all those who gave prizes and supported the whole day and to those who attended. Special thanks to Edward Stephenson of Druids Glen, Mary Bergin who organised and managed the golf and picked the successful Home team and of course Tracy who keeps us all on track.
My last formal outing as President will be the Annual Ball in October when with a sorrowful heart I will relinquish the President’s chain – however, 2014 will see us gathering at least once more prior to Christmas with an evening event in Dublin- so keep an eye out for the notice and 2015 will see a number of Irish Chapter events planned for the year.