Shannon College Alumni scooped a hat trick of awards at the Irish Hospitality Institute Founders’ Banquet and Hospitality Management Awards 2013. The Gala Awards Ceremony was held at the Four Seasons Hotel, Dublin and presided over for the 10th year as Master of Ceremonies, Michael Rosney FIHI.

Attendees were greeted by Nicky Logue FIHI (SCHM Class of 1995), as President of the Irish Hospitality Institute with a ‘Cead Mile Failte’, the greeting that offers ‘One Hundred Thousand Welcomes’, embodies the spirit of Irish hospitality, as the 2013 Hospitality Awards began. He stated, “With a spirit of confidence and optimism, as our country and our industry finally discard the shackles of recession and prepare for what we all hope will be a period of sustained recovery and growth.”

Nicky continued to note “that our industry has already responded enthusiastically to these positive developments, creating more than 9,000 new jobs over the past two years and investing heavily in marketing and product development. This job creation and the survival of thousands of hospitality enterprises over the period of the recession has been greatly helped by the 9% preferential VAT rate. We in the Institute welcome the Government decision to retain this preferential rate in the recent Budget, a decision which was strongly advocated by our Minister for Transport and Tourism Leo Varadkar. We now also are looking closely at trends in the economy and in our industry and examining the optimum role which the Institute can play in advancing the professionalism of members in the future. In doing so, we will draw from the Institute’s submission to the Government on the formulation of Tourism Policy from 2015 onwards.” He concluded by thanking all our Patrons, sponsors of the awards and all in attendance wishing those shortlisted a congratulations for the night. 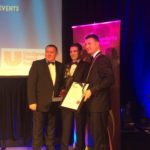 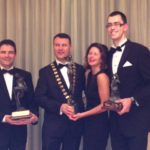 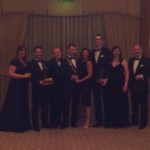 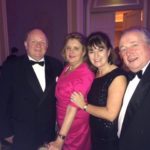 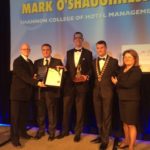 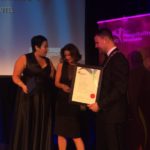 Official pictures from the night are >>here

Dara’s area includes overseeing the training, development and welfare of 205 employees in the new 5 star Marker Hotel Dublin. She is rresponsible with the Executive Committee Team for the implementation of The Hotel’s Core Values including the Vision and Mission Statements and was employed in a group role to advise multiple properties on HR matters. Since the opening of The Marker Hotel Dublin she has developed a strong and clear culture with the rest of the executive committee team.

Hospitality Manager of the Year 2013– Catering

Sean is responsible for the day to day catering operations within the Aviva Stadium. This encompasses all match and event days and also responsible for all areas of our meetings and events business within the stadium. Sean commenced his time at the Aviva Stadium when the stadium opened in June 2010 and he has risen to all challenges placed in front of him. All tasks no matter how daunting are met with a calm, confident and analytical approach. Sean’s management is based upon careful planning to ensure the operational success for both match and non-match days. His approach with his team is one of openness and a two way system of management.

Hospitality Graduate of the Year 2013

Mark joined the team within the senior management structure as Conference and Banqueting Manager of Castletroy Park Hotel, responsible for an extensive and varied team of full and part time members of staff, driving a very busy and diverse mix of business, and considerable revenue stream for our Hotel. Mark has demonstrated on numerous occasions his ability to manage change and communicate this on many different levels. Restructure of the C&B department and work practises have been masterminded and achieved creating significant improvements in customer satisfaction, attention to detail and management resource.

Prize – As winner of this award, Mark will be given the opportunity to study the story of the Masottina Winery located in Prosecco’s Conegliano region of the Veneto.

Other award winners on the night were:

Hospitality Manager of the Year 2013– Hotel

Award sponsored by The Irish Times.

Niall is General Manager & Director of Ashford Castle Hotel Ltd who is responsible for day to day running of this iconic 83 bedroom Castle. Niall has the overall responsibility for reporting to the Managing Director, responsibility for this World-renowned 5 Star Resort Property in terms of Profitability, International Standards of Excellence, Constant Guest Focus, Creating and Adhering to Annual Budgets as agreed with Board of Directors. Along with Devising and Implementing Marketing Plans/Sales Strategies, Staff Motivation, Product Development and Strategic Planning.

Niall has a natural aptitude for the Hospitality Industry and is continually looking for new and innovative ways to improve customer service. He is a highly motivated, energetic and focused person and thrives on the continual challenges the business offers.

Young Hospitality Manager of the Year 2013

Having joined The Croke Park Hotel team in 2005 as a Receptionist, Alan has developed through the ranks to hold the position of GM since August 2010. Outside the business, Alan achieved a Distinction in the Executive Management Development Programme with Failte Ireland and Cornell University. Currently, he is in year two of M.Sc. Hospitality Management programme in DIT and is conducting his research dissertation in the area of Strategic Leadership in Hospitality and Sports Organisations.

Prize – As winner of this award Alan will giving a life time opportunity & learning experience to mentor within the wonderful Jumeriah Hotel Group in Dubai.

Hospitality Manager of the Year 2013 – Environmental

Patrick is a huge asset overall in the Hotel, showing the ability to lead, direct & motivate employees from all environmental aspects in all departments within the hotel. His personality & management style are exceptional, leading to regular positive feedback from guests in comment cards, Trip advisor & the like. Two main areas of responsibility that Patrick holds within the Hotel are Environmental Manager & Fire Safety Manager. Patrick is responsible for overall Fire Safety Training & fire Maintenance within the hotel.

Hospitality Manager of the Year 2013 – Revenue

Emma has worked in the area of Revenue Management since 2007. In 2013 Emma successfully completed Four Seasons Revenue Management & Leadership Academy in order to further enhance her skills. She is seen as a leader in the hotel and influences other teams to drive revenue by creating awareness and a growing revenue culture in the wider team. She clearly proven herself in Four Seasons through identified targets achieved in the area of revenue management.

Award sponsored by IITD (Irish Institute of Training and Development).

Marjorie works within Human Resources within Tourism Ireland as Organisation and Employee Development Specialist. Marjorie was further promoted to the post of Training & Development Manager in 2007. She was awarded a Tourism Ireland Achievement Award in 2009 for Distinguished Accomplishment and Meritorious Service and in particular for delivering the Management Development programme in 2009 which needed strategic vision and operational persistence – and Marjorie excelled at both.