The educational video submitted by the team discusses the theme of ‘Staff Engagement’. The video features interactions and interviews with students, employees and prominent industry leaders and aims to answer the question “Does high staff engagement correlate to increased business performance?” Lecturers Danielle Martin and Sean T. Ruane mentored the students throughout the process of creating the video.

Darragh and Anna, from the winning team – accompanied by lecturer Danielle Martin, attended the prestigious Master Innholders Conference in January 2013 to present their work and receive the award.  The award was presented by Ciaran Fahy (1986) CEO Ellerman Hotels, Master Innholders Executive member and chair of 2013 Conference Committee. There is no sound for the picture presentation but apparently it was accompanied by the Wolfe Tones singing  “You’ll never beat the Irish” 😉 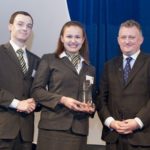 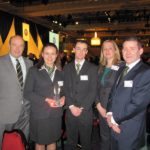 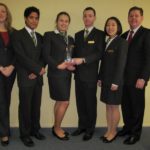 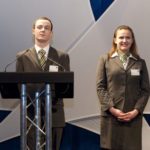 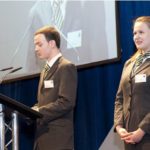